Mexico Tops Global List of Best Places to Retire in 2017

According to InternationalLiving.com’s recently released 2017 Global Retirement Index, the top retirement destination in the world this year now goes to Mexico.

This annual ranking of the world’s top 24 retirement destinations is based on cost of living, retiree benefits, climate, healthcare, and more and compares, contrasts, ranks, and rates good-value havens all around the world.

Mexico offers a diverse geography, with everything from white-sand beaches to high-mountain colonial cities, which means expats have a broad choice in locales. This country’s climate ranges from moist, tropical heat to dry desert and everything in between. It is rich in casual beach towns, vibrant Spanish-colonial cities, and small country villages.

And today, with the Mexican peso at historic lows against the U.S. dollar, for people shopping with greenbacks, Mexico is more affordable than it has been in years. Expats report that it feels like Mexico is on sale.

Mexico always features among the top 10 destinations in the Index, and usually among the top five. It’s already home to more North American expats than any other country in the world. Well over a million U.S. and Canadian citizens are estimated to live in communities throughout Mexico, full- or part-time.

“Mexico really does offer a modest cost of living and a high quality of life,” says Glynna Prentice, International Living’s Mexico Editor. “A couple can live very comfortably on less than $2,000 a month, and you can understand how when healthcare costs run 25% to 50% less than those in the States, a housekeeper will clean for $5 an hour, a lunch special costs $7 for a full meal, and you can rent a two-bedroom condo a block off the beach in some communities for $575 a month.

“All those things are important. But they don’t really explain Mexico’s appeal. Life here is easy and relaxed. People are friendly and welcoming, and their warmth is genuine. Music is everywhere, and colors are somehow more vivid here, smiles brighter.”

While Mexico wins the top spot, this year’s Index ranks the top 24 retirement destinations in the world in 10 categories, including: buying and renting property; benefits and discounts; visas and residence; cost of living; fitting in; entertainment and amenities; healthcare; healthy lifestyle; infrastructure; and climate.

The key aim of the Index is to help retirees find locations where their dollar goes further– where they can get the best bang for buck in terms of real estate, cost of living, and overall quality of life.

The Index also assesses the quality of a country’s healthcare and infrastructure, the proficiency in English of the local population, and the size of existing expat communities, how healthy the lifestyle is, how easy it is to gain residence, and more.

When the scores in all 10 individual categories are added up, a total score is established for each country that yields the list of the overall best countries in the world for retirement. This year, Mexico came out on top.

Besides running the day to day operations of the WORLD PROPERTY JOURNAL, Mr. Gerrity has also served on several Boards over the last decade that include the Central Florida Technology Partnership’s Digital Media Advisory Board, City of Orlando’s Technology Board, The Economic Development Commission’s Film & Television Board and he is a founding Board Member of Digital Media Alliance Florida – a statewide digital media industry association. In addition he is a member of the National Association of Real Estate Editors (NAREE). 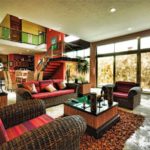 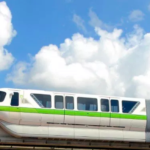