WASHINGTON POST SOURCE
By Mark Stevenson | APAugust 13 at 12:04 AM

MEXICO CITY — Mexico’s president-elect wants to bring tourism revenues to remote and forgotten stretches of Mexico, but some are scratching their heads at his main proposal: to build a $3.2 billion train that would run from the resort of Cancun to the Mayan ruins of Palenque, 520 miles (830 kilometers) across the Yucatan peninsula.

The route is dotted by low jungle, wildlife reserves, pre-Hispanic archaeological sites, wetlands and underground rivers that can suddenly cave in. It would take years to build, and soak up scarce money, just to reach ruin sites like Calakmul, which now gets only about 35,000 visitors a year — the number better-known sites like Chichen Itza have in a week.

For those who like the plan proposed by Andres Manuel Lopez Obrador, it’s all about getting people off the beaten track — the heavily travelled tourism route of Cancun-Riviera Maya-Chichen Itza-Xcaret visited by millions of tourists per year.

“Tourists today prefer other types of tourism projects that are more in contact with nature. … They are showing less interest in the coast,” said Vicente Ferreyra, a Cancun-based consultant whose Sustentur company specializes in sustainable tourism. “They are turning more toward the jungle, and there is an opportunity to diversify for markets that don’t just want sun and sand.”

So, imagine if you could hop on a train at the Cancun airport and step off two hours later in one of the communities at the edge of the Sian Ka’an nature reserve, south of Tulum, where the coast turns into lagoons and mangroves.

Few doubt that the first stretch of proposed train — from Cancun through the Riviera Maya to Tulum — would be heavily used. Almost 7 million international tourists visit this stretch of coast every year, many of them arriving at the Cancun airport and then taking buses or driving down the coast.

While resorts have been popping up south of Cancun since the 1990s, most hotel workers still live in Cancun, which was founded in 1974. So huge numbers of tourism workers could also use the train to get to their jobs, a trip that can currently take them an hour and a half or more.

But it’s not clear whether the train would have stops at Playa del Carmen or other busy resorts that would be destinations for the tourists and workers. The initial plan shows it making its only Maya Riviera stop in Tulum before heading farther south.

It is the second, southern stretch from Tulum to the unpicturesque Maya town of Felipe Carrillo Puerto, just southwest of the Sian Ka’an environmental reserve, then on to Bacalar, the state capital of Chetumal, Calakmul and Palenque that raises more questions. Some see it as an expensive folly. There is little developed tourism infrastructure until one gets around the Bacalar fresh-water lagoon. And the route from there west is practically undeveloped.

“The biggest doubt (about the southern leg) is regarding the profitability of the project, based on tourism flows,” said Francisco Madrid Flores, director of the Tourism and Gastronomy Department at Mexico’s Anahuac University. “In southern Campeche, where Calakmul is, there are practically no hotel rooms.”

That’s not to say that Mayan communities there don’t have something to offer tourists beyond sites such as Calakmul, a sprawling ancient Maya city-state almost completely covered in low jungle. Five communities in the low jungle around Calakmul already offer hiking, biking, bird watching, cave tours, kayaking and craft workshops.

Historically, the largely Mayan southern half of the Yucatan has been locked out of the tourism boom that has enriched the northeast — around Cancun — that now is largely populated by non-indigenous Mexicans. But in part that is due to the logic of who has the white-sand beaches and turquoise waters loved by tourists. The south has them, too, but only on the Costa Maya, a narrow peninsula running from Mahahual to Xcalak, an area the train apparently wouldn’t go to, although cruise ships do.

It is not the first time that ambitious rail projects have been proposed — then forgotten — in the region.

In 2012, current President Enrique Pena Nieto announced that he would build a rapid-train link connecting the Riviera Maya with the colonial city of Merida, passing by the ruins of Chichen Itza and the city of Valladolid. The $1.5 billion project would have connected already developed tourist destinations on a heavily travelled, well-known route.

It was cancelled in 2015 due to a lack of funds, but some still say it made more sense that the much longer project being pushed by Lopez Obrador, who takes office Dec. 1.

“Based on the sheer numbers of inhabitants, it would seem to me to make more sense to run it in the northern part” of the Yucatan peninsula to Merida, said Ferreyra. 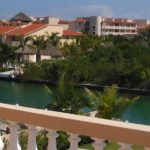 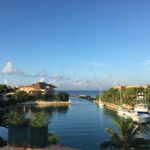 What should I know before buying a property in Mexico as a foreigner ?